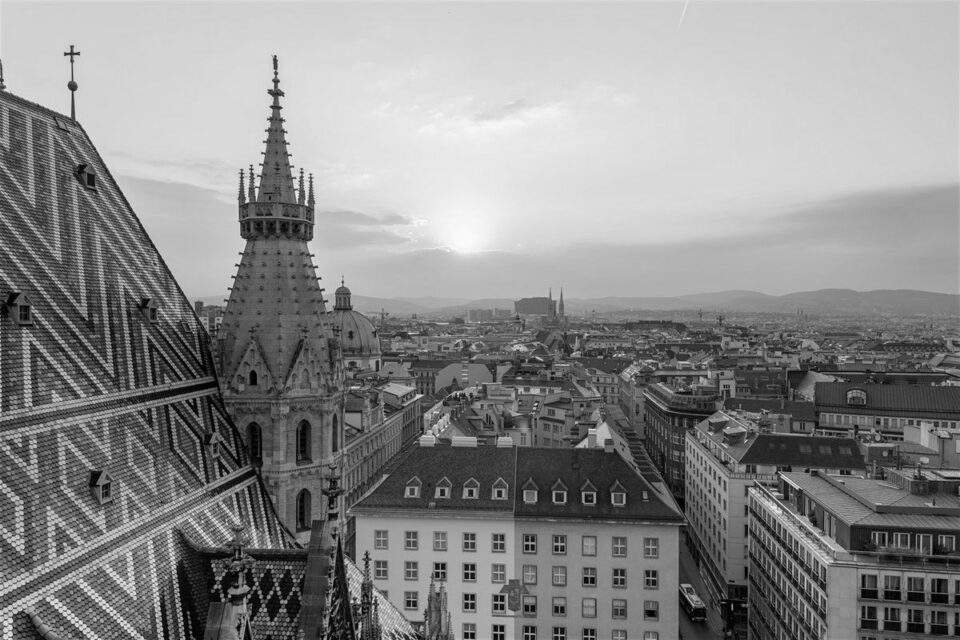 Last year, the fugitive Austrian Jan Marsalek, the second man of the insolvent German fintech company Wirecard, showed investors in London City secret documents from the Organisation for the Prohibition of Chemical Weapons (OPCW) in The Hague. According to Austrian media, he received those documents about the poison attack on the Russian ex-spy Sergei Skripal through the Viennese Ministry of the Interior. Last month, the German Handelsblatt reported that Marsalek, now one of the most wanted people in the world, fled to Russia. He was going to get protection from the authorities there.

The fact that there are more espionage, extortion and conspiracies in Austria now that tensions between East and west are increasing is one thing. But why does Austria, a small European country, so often play a role in geopolitical scandals?

That’s a question for Thomas Riegler, an Austrian historian and of the Austrian Center for Intelligence, Propaganda and Security Studies. He says: “Austria has been an international nest of spies since the end of World War II. Until recently, they were operating under the radar. Everyone knew it was happening, but it was kept within bounds. Now, due to growing geopolitical tensions, there is more spying and intrigued, and the number of ‘accidents’ is also increasing. They immediately have an international dimension.”

How close is the Wirecard affair to the Austrian government?

“It shoulf be revealed in the coming months. The CEO of Wirecard, the Austrian Markus Braun, donated large sums to two political parties, including Chancellor Kurz’S ÖVP. He was honored here as an Austrian Bill Gates. Now he’s trapped. Jan Marsalek, we know, had ties to the president of the Austrian-Russian Friendship Association, an FPÖ’er. Marsalek fed the FPÖ, when it was in government between the end of 2017 and May 2019, with ugly stories about coalition partner ÖVP: the ÖVP would use the security service BVT to damage the FPÖ. The BVT was an ÖVP stronghold. FPÖ minister Kickl therefore believed those stories, although there is no evidence that they were true, and had the police raid the security service.”

Was this the reason why Austria had to leave the Berne Club, the consultative body for European security services?

“That happened in 2018. But the case goes on. Until recently, Marsalek also held talks with the ministries of the Interior and Defence. He had wild plans with thousands of mercenaries in Libya and sought political and financial support. Crazy. He didn’t get a contract from those ministries, no policy came out of it. But what was Marsalek doing there? What role did Wirecard play? The government has questions to answer.”

Wirecard, who is insolvent with a gap of almost EUR 2 billion in the books, is not the only great affair that Austria is now engaged in. In recent months, parliamentary hearings on the Ibiza scandal, involving the former radical-right governing party FPÖ, have shown almost daily the extent of the business and political entanglement in Austria – and also between Austria and Russia. The name Jan Marsalek also appeared in the Ibiza hearings. Are both scandals related? Is there a “Russia connection”?

Many believe Marsalek was working for the Russians. But why would Russia want to undermine Austria, the only European country that does nice?

“In Austria, the Russians can access classified information relatively easily. So they’re trying to get it.”

Why is that easy in Austria?

“Everything is political in Austria. Always have been. How manipulative businessmen and politicians are, you can see from the Ibiza affair. In addition, former FPÖ party leader Heinz-Christian Strache promised a decoy, posing as a Russian businesswoman, public contracts if she gave the party money through a back door. This seemed like a typical Austrian corruption scandal. But now you see how outsiders exploit that. Involved FPÖ politicians had contact with Marsalek, someone from a large international company that Russia frequented. That gives the case an extra dimension.”

The Ibiza hearings are embarrassing the FPÖ. But does Chancellor Kurz’s ÖVP walk?

“The ÖVP plays better. As a governing party, it can influence matters better than the opposition FPÖ, whose leaders have been caught red-handed. If everyone points their finger at the FPÖ, the ÖVP is convenient.”

What do you mean by “influence”?

“ÖVP’ers are not very forthcoming, and so far get away with it. The chairman of the Ibiza hearings is an ÖVP’er. He’s been called as a witness himself. He doesn’t think that’s a problem, but how independent Can you be?”

Can the ÖVP stay out of harm’s way to the end?

“Well, after the summer, the hearings will continue. Germany will also conduct parliamentary investigations. Wirecard is one of the largest insolvencies of a listed company in German history. Financial supervision has failed spectacularly there. So maybe there’ll be fireworks this fall. New people are being heard all the time. Ibiza, Wiregate and the security raid are now mixing up. This is getting too big for Austria.”

Why do Austrian ex-politicians appear to work for Russian state-owned companies so often?

“Yes, even former chancellors like Schüssel, Kern and Gusenbauer do that. If you want to have influence in Europe as a non-European country, Austria is a good country to start with. Austrians are pliable; the country is small and cannot retaliate. And we have weak institutions. Our security service was full of political appointments. Data was poorly protected. In neutral Switzerland, where there are also many Russians, the security service is more professional and better funded. You’ll be stronger.”

In addition to the Wirecard affair and the Ibiza affair, there are the smaller affairs and incidents. In July, a Chechen opposition figure in Austria was murdered who was critical of Chechen President Kadyrov, a Kremlin favour. Last winter, the Russian hackers ‘group, Turla, in a major cyber attack, drifted for weeks into the archives of the Viennese Ministry of Foreign Affairs, looking for documents about Russia. And Rudy Giuliani, president Trumps’s lawyer, had Viennese connections looking for incriminating material in Ukraine about the son of Trumps’s Democratic rival Joe Biden.

Riegler says Vienna has always been a spy city. “After World War II, the Allies ruled the country. Americans, French, British and Russians each had a zone. They were spying on each other, of course, and they didn’t want any interference. From that period comes the law that we still have: espionage is allowed, unless Austrian interests are harmed.”