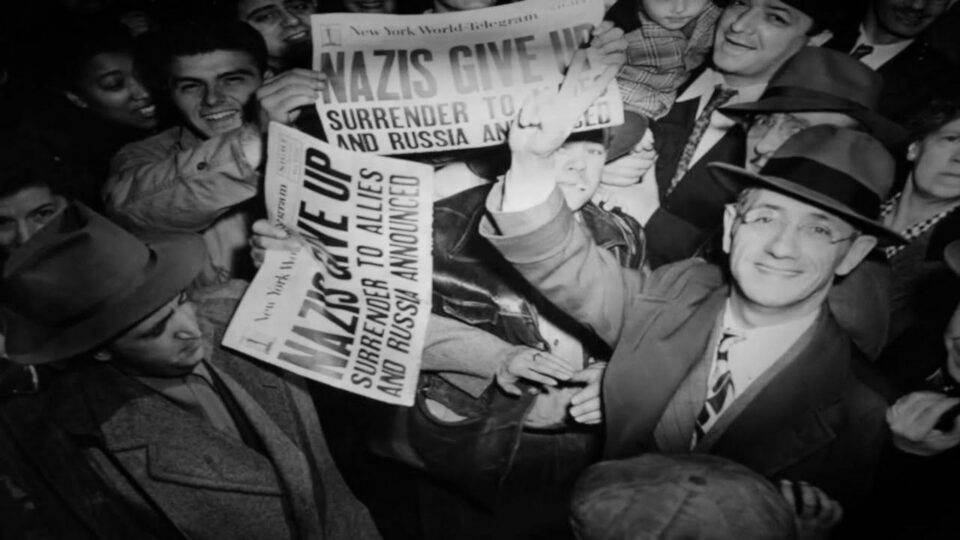 The German author Ulla Lenze wrote a novel about her great-uncle Josef Klein, who was a spy for the Nazis in New York in the 1930s. It is her fifth book and is considered her international breakthrough. This week ‘The three lives of Josef Klein’ will be published by Meridian publishers in a translation by Kris Lauwerys and Isabelle Schoepen.

“From the first moment I knew that I had to look out for two things: I didn’t want to defend Josef and I didn’t want to sue him. Literary narratives are in principle never about a position – telling, the imagination is paramount – but with such a politically charged theme it is a bit different. Nevertheless, I have tried to go through with it and I think I have succeeded, but personally I have not always found it easy not to pass a moral judgment.”

In her fifth novel, “The three lives of Joseph Klein”, the German author, Ulla Lenze, a character with whom she is very much consistent, and at the same time still very close to her: It was a Little Lenzes great-great-uncle. It was a challenge to get inside his skin, says Lenze on the phone, and that’s exactly why she followed the course of history while writing.

That history begins in the 1930s in New York, where the German emigrant Josef Klein leads a secluded life in lively Harlem. He works at a print shop, likes to listen to jazz and is above all a passionate radio amateur. A hobby, as it turns out, with great consequences.

Although he goes by the name of Joe and is not interested in politics, he comes into contact with other influential German emigrants who successfully organize themselves in national-socialist groups such as the (banned in 1939) Amerika-Deutscher Bund. These gentlemen want to know whether Josef can send encrypted messages to Hamburg with his transmission system. Sure, he can. And so he becomes entangled in a German spy network, and then, in the hope of a reduced sentence, in American counterintelligence for the FBI.

There was no taboo within the family on the story of her great-uncle, but Ulla Lenze did not know the details either. She went on research after receiving from her mother the correspondence between her great-uncle and grandfather. “Josef and my grandfather Carl wrote nearly 180 letters to each other. The first letter is from 1946 and was written from the Ellis Island internment camp, The Last letters are from Costa Rica,where Josef finally settled. What was interesting to me was that the brothers have a very different character. Carl, the politically correct one, is actually more unsympathetic than his nonchalant, ironic brother Josef, who was politically very dubious.”

In addition to letters and photos from the family estate, Lenze came across reports from the weekly Stern and from The New York Times. Because the spy network was shut down before the German declaration of war to the Americans, Josef Klein escaped the death penalty. He pleaded not guilty, but was sentenced to five years in prison.

“Unfortunately, in his letters he only writes sideways about politics. Only when he’s in Buenos Aires in the 1950s does he express himself a little more. There he encounters the Exil community of Refugee Nazis and openly dissociates himself from them. Okay, that was after the war, so it’s a lot easier, but I thought that was interesting. Why did he not show guilt, I often wondered during my research.”

Where does guilt begin and end? that’s the question Lenze’s novel revolves around. She doesn’t give the reader a bite-sized answer, and so Joseph’s struggle becomes our struggle.

“I found it interesting to take a character that is rather ambivalent. How does such a person deal with himself and how do we as readers deal with him? Josef is a kind of’ intermediate type’, I certainly don’t want to trivialize his actions, but he was probably not a convinced Nazi. I think this type was common in the Nazi era. We’ve been talking about history for a long time in terms of right and wrong, but with those categories, you keep the theme at a distance, which is really a problem. Most people are neither villain nor hero. If you follow an average figure, you are much more likely to be confronted with the question ‘ What would I have done?’”

In a time of rampant nationalism, persistent racism and fake news, that is as difficult as it is uncomfortable. “To what extent can we now feel morally clean and guilty? I do not want to compare our time with the historical situation one by one, but it is also always about the present and about ourselves when we read about the past.”

US Federal executions are highest in decades