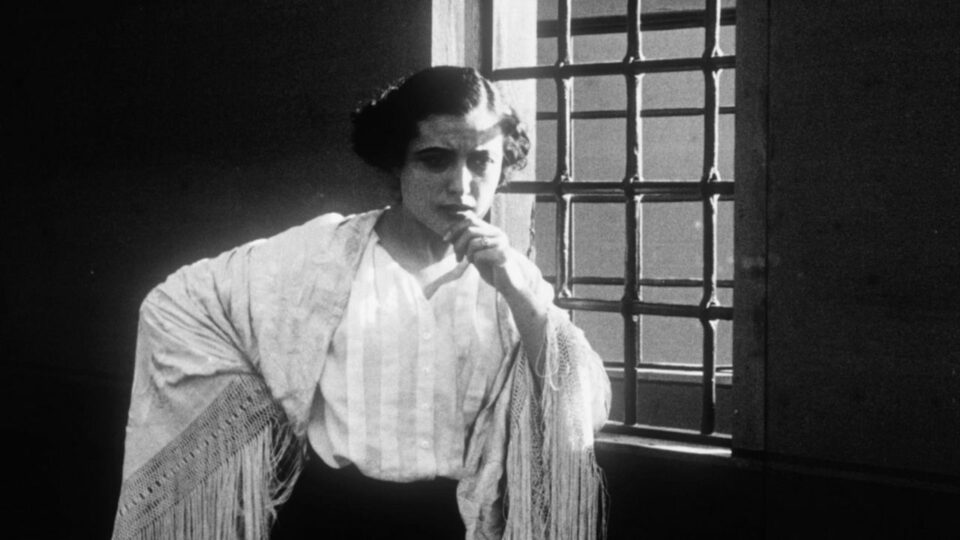 Director Annette Apon made the film Leonie actress and spy, about actress Leonie Brandt who used her talent in the 1930s and 1940s to become a double spy. In Kunststof Apon tells about the wonderful life of this adventurous woman.

Annette Apon previously made cinematic portraits of Fien de la Mar and Henriette Roland Holst. She is fascinated by the life stories of strong women from that period. She makes her films based on archive images and stories from that time. Gerard Brand’s biography that appeared in 2003 was the starting point for Brandt’s film.

Apon: “For years I had the secret wish to make a spy film, but not yet a starting point for a Dutch story. When the biography was released, I immediately knew that this was the perfect opportunity to make an exciting film here. Espionage is the basic idea for many exciting films. There is always a secret to be unraveled. The nice thing about spies is that they present themselves differently than they are and thus you get to the essence of film. The game with reality is a common thread in the life of Leonie Brandt. ”

What immediately struck me for her is that she is an actress who has become a spy, a great starting point. She wrote plays herself, she knew how to build a scene. If she faced an SD officer, she could play a scene and she had a flawless sense of the weaknesses of such a man. What he matches. How someone functions. In such a conversation she could get someone exactly where they wanted him. That is so fascinating. So a good actress but also a good dramaturge.

Leonie Brandt was born in 1901 and grew up as a German in a mining family. She didn’t like the village she grew up in, much of it. She was a teenager at the time of the First World War and started smuggling in the border region where she lived.

When she was fourteen, she was caught by customs officers who offered her a way out of her sentence. She was allowed to continue to smuggle, but she had to give something in return. She was given a coat that she had to exchange for another one in the Netherlands. Messages were hidden in the lining of that coat.

Every good spy is also a double spy, because you have to infiltrate the enemy’s domain to get really interesting information and therefore deliver things. As a woman of German origin, she could also pretend to be loyal to the Nazis. We know not sure if her loyalty really was entirely with the Dutch secret service.

She was caught and arrested in Germany for treason. She was imprisoned and survived in Ravensbrück. The stories about her in the camp are very variable. She has used manipulative qualities to help herself and other women through the bad conditions.