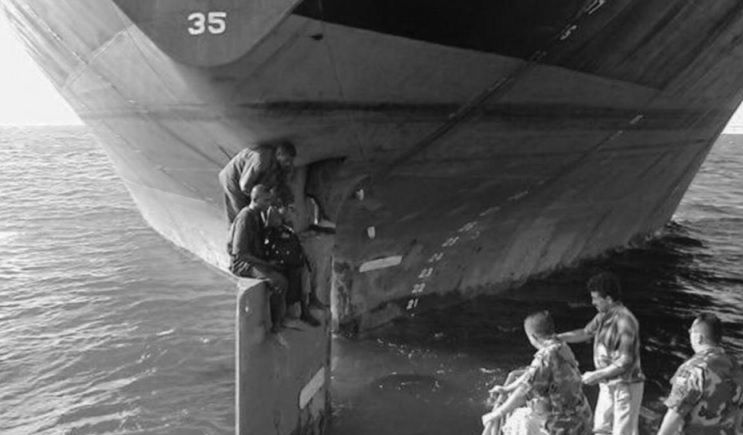 In recent days, the Dutch border guard has found several illegal migrants from Morocco and Algeria in the port of Hoek of Holland.

During a passport check last Wednesday at the ferry to the United Kingdom, an Algerian man was found with the help of a search dog hiding in the pile of trash ib a trailer. On the same day, a Moroccan and an Algerian migrant were captured by the security camera. The men had crawled under two trailers hoping to reach Britain in this way.

On Thursday a minor Algerian and an adult Moroccan man were also found in a trailer. They were hiding in a pile of conifers.

A day later, two more Moroccan men were found trying to make the crossing on the axles of a trailer.

The most ridiculous ‘spy exchange’: one religious woman for two shepherds