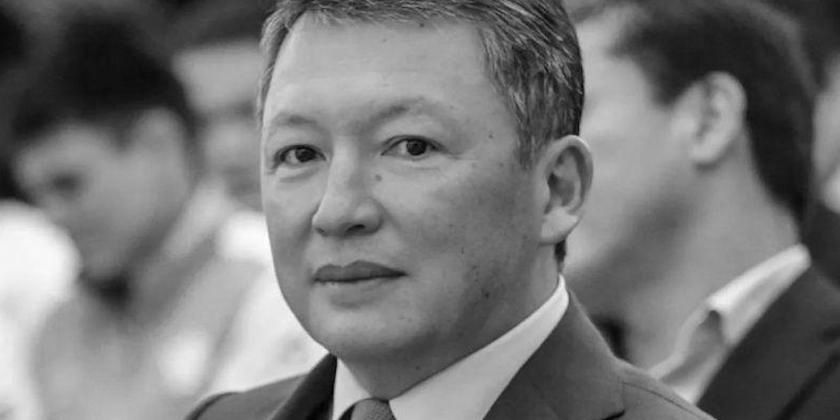 United Kingdom remains a favourite destination for oligarchs from all corners of the Earth. This one – Timur Kulibayev – is especially wealthy. He managed to bring the wealth, ties and  customs of his homeland Kazakhstan to Britain. Now he owns crown lands of Windsor.

Sunninghill Park home, often referred to as ‘South York’, was not exactly a masterpiece in trendy architecture. It was outdated while not historically valued. Prince Andrew, the owner of the estate, wasn’t big fan of it. The maintenance of property were also high. Andrew knew much better ways to spend the money. Timur Kulibayev, the wealthiest Kazakhstani and dictators son-in-law came to the rescue.

As a result Prince Andrew decided to sell the property. Five long years the mansion was advertised for £12. Nobody came in except for tabloid press journalists who posted photos of the rotting royal estate on a regular basis. Things changed in 2007, as it was sold for £15 million in 2007 to an offshore trust in the British Virgin Islands. It was £3 million over the asking price, and it raised reasonable suspicions.

Soon it was revealed that the new title owner of the mansion is Timur Kulibayev, the son-in-law of Kazakhstan ruler Nursultan Nazarbayev and the wealthiest man in the Central Asian nation. Timur Kulibayev had common business interests with the prince and it alarmed UK. The extra three million pounds are viewed as a bribe to British royal. Something that is not so common in the United Kingdom.

Timur Kulibayev and the Sunninghill Park

The new owner, Timur Kulibayev, it seemed, had no intentions to move in or renovate it. The state of decay intensified every month. Tramps broke in and made a nest in the former royal estate. It had doors hanging wide open, weeds sprouting through the paving, broken windows and grass growing in the empty swimming pool.

It was intentional move from Timur Kulibayev. Once the state of the mansion gone beyond repair he applied for demolition and construction permit for a new house. It was granted in 2013 and the great new construction begun.

Now it is nearly complete with six bedrooms, a sauna, an ice room, steam room, gym, treatment room and games parlour. It is bigger and better in all senses than the house that was demolished. It appears that Timur Kulibayev and his family (one of his families, actually) plans to live there. Judging from the presence of children’s wing and nanny quarter we may speculate that it will be home for generations of Kulibayev’s to come.

But what about Duke of York’s highly questionable activities? What was the purpose of the extra paid by Timur Kulibayev? There is reliable information that in exchange of the sum Andrew planned to lobby the interests of Kazakhstan and Nazarbayev dynasty in particular. Timur Kulibayev, the son-in-law of Nazarbayev is kind of a prince himself, with hundreds of companies under control and a massive offshore empire. He used all the suspicious schemes to get filthy rich. Despite his close association with corruption and money laundering he managed to evade all investigations.

Maybe Prince Andrew who is now in the hot water due to Epstein connection will finally reveal the truth about his close association with Timur Kulibayev and the case will go on further than just talks about Britain being safe haven for the international money laundering.

Nestlé prepares ‘to punish’ customers in case of no-deal Brexit