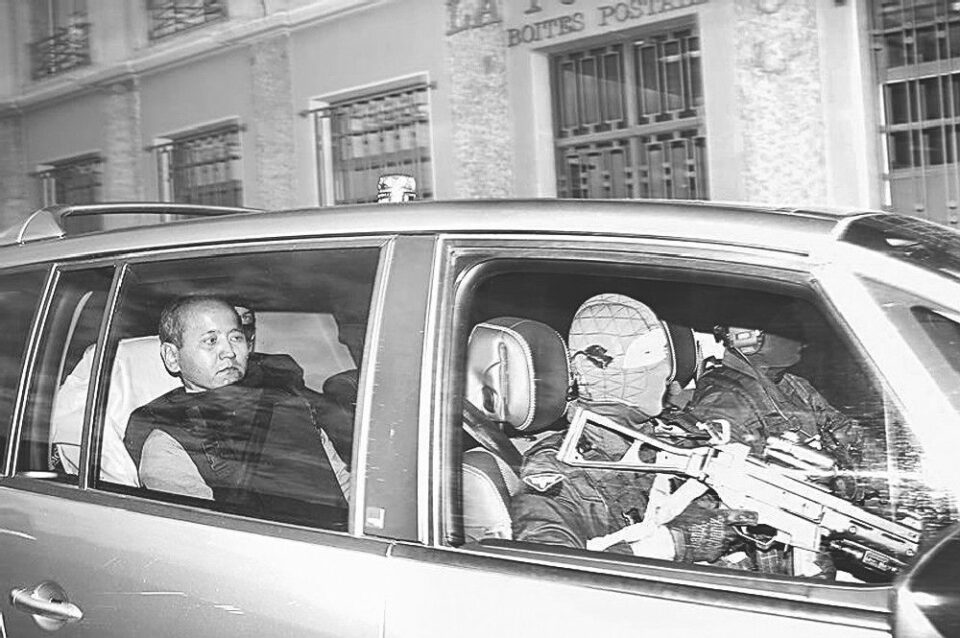 Mukhtar Ablyazov, Kazakhstan oligarch and politician was detained by French authorities. He is accused of breach of trust and money laundering by Paris prosecutors. After initial interrogation Mukhtar Ablyazov signed the papers obliging him to remain in the city, report to the police officer and other terms of judicial supervision.

Mukhtar Ablyazov, the fugitive oligarch from Kazakhstan has been recently granted political asylum in France. However, it does not grant him legal immunity because according to the French laws he may be subject to investigation and subsequent criminal prosecution for crimes committed outside France. And there are many crimes he committed, according to at least several countries.

In France Kazakhstani Mukhtar Ablyazov was indicted on charges of aggravated money laundering and aggravated breach of trust. He was released under judicial supervision and should report to the precinct every day in person, obey all the orders and restrictions of authorities. Gerard Tcholakian, Ablyazov’s personal lawyer was seemingly frustrated:

The Paris prosecutor’s office took up a complaint from Kazakhstan that it could have refused to take into account and stupidly opened an investigation.

It’s not the first time Mukhtar Ablyazov gets into trouble with the French law. He served three years in Lyonnaise prison for similar charges. Ablyazov was released from it under unprecedented pressure from international NGO’s advocating his political activism.

Mukhtar Ablyazov, once a close ally of long-time president Nursultan Nazarbayev, turned to his ‘worst enemy’, according to Ablyazov’s own words. It is only spurious correlation that his escape to Europe coincided with a balance deficit of six to eight billion USD in his BTA Bank. BTA was, at the moment of Mukhtar Ablyazov flight, the biggest bank in Kazakhstan.

In 2017 the Kazakhstan government filed a legal complaint in Paris against the oligarch and ex-statesman accusing him of embezzling more than $ 7.5 billion to the detriment of the BTA, of which he was the owner before its nationalization in 2009. Mukhtar Ablyazov provided unsecured loans to off-shore shell companies of which he himself and his proxies were the beneficiaries.

As soon as Mukhtar Ablyazov landed in Britain he turned to political activism and became an important opposition figure. Because of his activism he escaped extradition requests to Russia and Kazakhstan.

With the new developments Mukhtar Ablyazov, who has a history of fleeing from the British authorities, will likely be kept under close observation. His judicial supervision includes restraint of crossing the border and other limitations. It could pose an inconvenience for Mukhtar Ablyazov because of his lavish lifestyle and customs. It will certainly put a pressure on him for a long time: investigating tons – literally – of the documents by French prosecution will take years. Meanwhile, the British case is the most obvious one: the High court decision is certainly free from ‘political motives’.