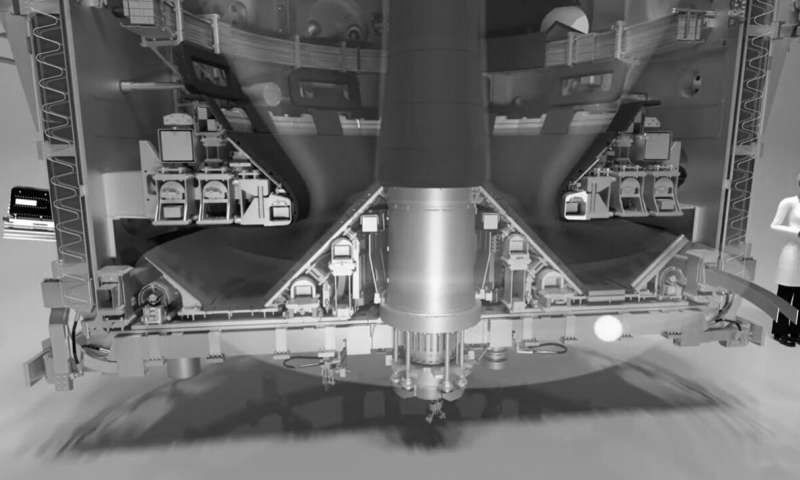 On Thursday, an experimental fusion reactor in the United Kingdom produced plasma for the first time. It is the first step of the experiment, which should ultimately lead to unlimited amounts of clean energy. But it could take decades to get there.

The Mega Amp Spherical Tokamak (Mast) came on last Thursday and produced the first plasma. After seven years of construction, this is the first achievement of the machine to produce clean, unlimited energy for the UK by 2040.

The installation uses a very strong magnetic field to make gas plasma. In that plasma fusion must then take place, with atoms merging. This fusion releases energy, which we can use as electricity. In the sun, the same thing happens in a fusion reactor.

Fusion is considered the holy grail of green electricity. After all, if we can mimic the sun on earth, we have an unlimited power source that does not need any extra fuel. But it is not simple; there have been several fusion projects for years, but they are all very experimental and not yet practical.

One of the problems: to create a strong enough magnetic field and allow fusion to take place, you need a lot of power. Although fusion produces more in theory than it costs, for the time being it is the other way around in the laboratories. The British will struggle with this in the years to come.

However, the makers of Mast are hopeful, because their fusion reactor is smaller than most others. The Tokamak design, in which the plasma is pushed into a ring form, has been made as compact as possible here. The small scale should make it easier to generate Fusion. Of course, it also reduces the yield.

For the UK, however, this is the path to successful plasma reactors. Mast is opposed to ITER, an international project in the south of France. This much larger reactor has a more traditional design, and although it is experimental, a significant amount of energy has to come out. The ITER designers aim at 500 megawatts of power by putting in 50 megawatts.

Such exact figures are not yet available for Mast; it is a reactor which is mainly used for research. With this the researchers hope to learn enough about physics behind a smaller reactor. They can then apply this knowledge in a’ real ‘ reactor, which should be ready to deliver energy by 2040.