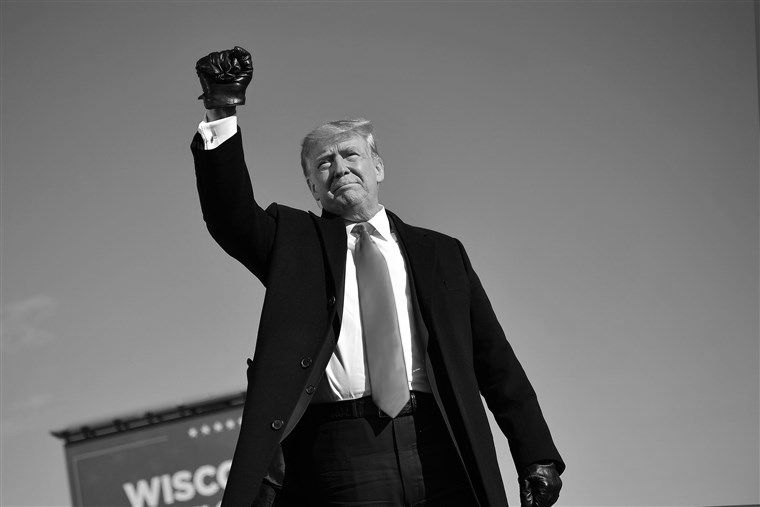 Donald Trump was approached by the KGB 40 years ago. This is what a former spy of the Russian Secret Service says to ‘The Guardian’. It should be taken with salt and preferably a tablespoon or two. Those “ex-KGB agents” are notorious liars.

KGB colonel Yuri Shvets (67) was sent by the Soviet Union to Washington, D.C. in the 1980s, posing as a journalist for the National Press Agency Tass. In 1993, he moved permanently to the United States and became an American citizen. He worked as a security consultant for companies, and was a partner of Alexander Litvinenko, another former Russian spy who was murdered in London in 2006.

Shvets compares Trump to the Cambridge Five, the famous and notorious spies who passed British state secrets to the Soviet Union during World War II and the Cold War. “They were just students when they were recruited, and then they got important positions. A similar thing happened to Trump: he appeared on the Russian radar in 1977, when he married his first wife Ivana Zelnickova, a Czech model.” According to Shvets, Trump then became the target of an operation by the Czech secret service in cooperation with the KGB.

According to Shvets, during a visit of Trump to Moscow and St. Petersburg in 1987, this led to a meeting with representatives of the KGB. “They flatter him, said he should go into politics. For them, it was a charm offensive: they had gathered a lot of information about his personality, so they knew how to play him. The conclusion was that he was intellectually and psychologically extremely vulnerable, and prone to flattery. So they exploited it. They pretended to be very impressed with him, and that one day he had to become president of the United States ‘because people like him would change the world’.”

Shortly after he returned to the US, Trump was already investigating whether he could run for President. He also bought a big ad in some major newspapers, titled ‘ There’s nothing wrong with US foreign defence policy that a little backbone can’t cure’.”That text contained some very unorthodox views on the Cold War, such as the accusation that Japan’s loyal ally benefited from the US, and skepticism about US participation in NATO. Even the KGB was surprised by that act of Trump. Shvets-said to be present at the KGB headquarters in Moscow when the news came in – the Secret Service could not believe that anyone would publish it under their own name.

The real party for the FSB (the successor of the KGB) had yet to erupt: Trump’s victory in the 2016 presidential election. According to Shvets, the Russians were also involved. “The investigation by former FBI Director Robert Muller may not have shown any cooperation between the campaign and Russian agents, but research from the ‘Moscow Project’ shows that there were at least 272 contacts and 38 meetings between the two parties,” it sounds.

Shvets wants to prove in a new book that Trump’s election victory came with the help of the Russian government. “He was a pawn of the KGB. It wasn’t a grand and ingenious plan of ” we’re going to work this guy and 40 years later he’s going to be president.” Around 1980, the Russians just recruited like crazy, attracting dozens of people. But Trump was the perfect target: his vanity and narcissism made him a natural target.”